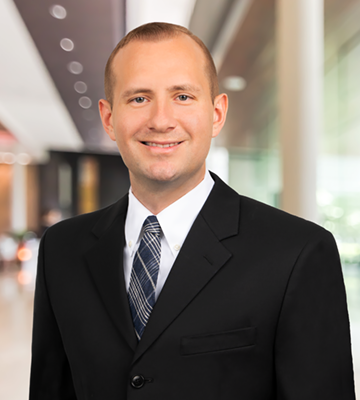 After law school, David entered active duty in the U.S. Army, where he served twelve years as a Judge Advocate (i.e. military lawyer).  In addition to deploying to Afghanistan where he earned a Bronze Star medal, David served in multiple capacities, including advocate to Soldiers and their families, advisor to commanders on the law of war, and prosecutor in courts-martial.  He also served as a military defense counsel, where he zealously advocated for his Soldier clients, and attorney for victims of domestic violence and sexual assault.  After years of trial experience in these various roles, David was selected by the highest ranking attorney in the U.S. Army to teach trial advocacy and procedure to lawyers and paralegals at The Judge Advocate General’s Legal Center and School—the only ABA accredited school in the U.S. military. David’s legal writing skills have been recognized in scholarly publications such as the Army Lawyer and University of Texas Law Review (pending). David continues to serve in the U.S. Army reserves and has obtained the rank of Major.  David looks forward to applying his 12 years of successful advocacy experience to his family law cases at KoonsFuller.

David is married to his wife, Kate, and has two children, Vivienne and Alexander.  In his free time, David enjoys long distance runs, singing karaoke and spending time with family and friends.