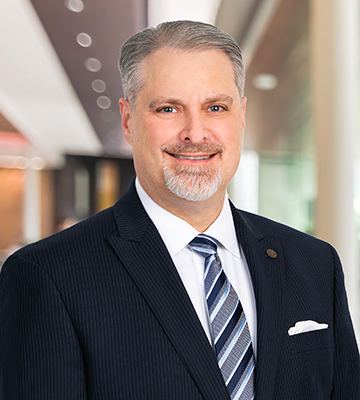 Jonathan Bailey developed a passion for family law while serving as Judge of the 431st District Court in Denton County (2011-2020). During his 10 years as a District Judge, he presided over thousands of family law cases involving divorce, property division, child custody, child support, child protection, temporary restraining orders, and protective orders. Judge Bailey was highly respected for his work ethic, a tough-but-fair approach to handling litigants and lawyers, and a firm grasp of the law, rules of evidence, and procedural rules applicable to family law cases. Upon retiring from the bench, Judge Bailey decided to practice family law exclusively and eagerly joined KoonsFuller, which he viewed – based upon personal interaction with and observation of thousands of attorneys in court – as the best family law firm in Texas.

Prior to serving Denton County as a Judge, Jonathan served as an Assistant District Attorney for both Denton County and Dallas County (1997-1999). As a prosecutor, Jonathan personally handled more than 100 jury trials involving misdemeanor and felony charges. Subsequently, he entered private practice and handled criminal, personal injury, and family law cases (2000-2010). During that time, he provided valuable and zealous representation to his clients, who held him in such high regard that referrals were a significant source of his business.

Jonathan graduated from the Texas Tech University School of Law in 1997, where he was active in oral advocacy competitions. He was both a Mock Trial Finalist and Champion, was admitted to the Board of Barristers, and was ultimately elected to serve as Chair of the Mock Trial executive committee.

A maroon-blooded Aggie, Jonathan was a four-year member of the Corps of Cadets (1988-1992). He was elected to the Ross Volunteer Company, the Honor Guard for the Governor of Texas and the oldest student organization in the state, and was chosen by his peers to serve as a Platoon Leader during his senior year. That year, Jonathan was also chosen to serve as the Inspector General for the entire corps and he later received the American Legion Military Excellence Award. Jonathan completed Air Force ROTC studies, including field training at Lackland Air Force Base in San Antonio, where the Air Force awarded him the Superior Performance Award, Athletic and Physical Fitness Awards, and the Marksmanship Award. During his final year at A&M, Jonathan served on the Aggie Muster Committee and worked for both the University Board of Regents and the Vice-President for Student Services.

Jonathan was a 1988 graduate of Lewisville High School and his family has lived in Denton County for 40 years.