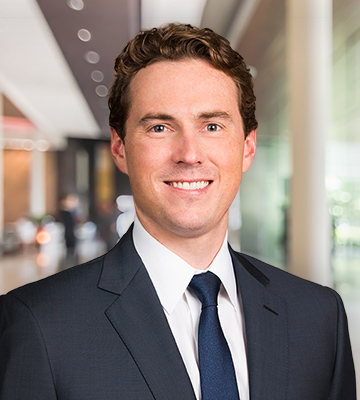 Richard Gray grew up in Austin, Texas and is a third generation Texas lawyer. He studied government and business at the University of Texas at Austin and went on to earn his J.D. at Baylor Law School. In 2010, he was licensed to practice law in Texas and has represented clients in Travis, Williamson, Hays, Burnet, and Blanco counties. The child of divorce himself, Richard decided early on that he wanted to practice family law. Anyone who has worked with him knows he made the right choice.

“It is an honor and a privilege to have joined the KoonsFuller family. This firm is known and respected around the country,” says Richard. “Clients here have the support of the entire KoonsFuller team–and no one comes to work, or court, better prepared than a KoonsFuller attorney.”

Richard is experienced in virtually every aspect of family law, but he is primarily focused on protecting children. “I know firsthand the potential effects a divorce can have on a child as my parents not only divorced when I was young but remarried and had blended families. Only the parents can control how they conduct themselves during a divorce and those decisions can have lasting effects on their children if handled improperly,” he says.  Richard’s goal will always be to put the children first and do what he can to help turn one broken home into two happy homes. Richard is a big proponent of open and honest communication and believes it to be paramount in every aspect of family law, not only between himself and his client but with his opposing counsel as well. “I always ensure my clients are fully informed every step of the way and do what I can to quiet their concerns throughout the process so that they can focus on life’s other priorities such as their children and work as life doesn’t stop during a divorce.”

Although still a relatively young attorney, Richard is already well known for being a ‘client’s lawyer’: He is committed to the people he represents. He’s smart. He works hard. He answers questions. And he’s available 24-7 to help clients navigate what can often be a challenging experience.