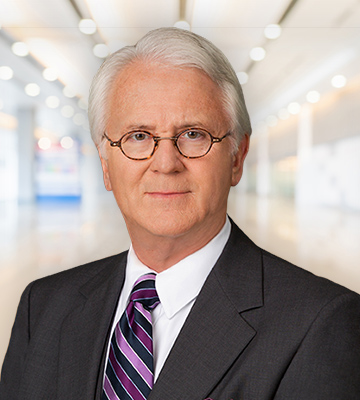 "Our mission is to offer quality legal representation from a single extraordinary family law attorney or a team of accomplished specialists - depending on the complexity of the case."

Ike Vanden Eykel is known nationwide as one of the most renowned family law attorneys and continues to be named the #1 Family Law Texas Super Lawyer by Thomson Reuters. He has an ability to craft complex property settlements or take a large case to court. In an issue of Town & Country magazine (February 2011), Ike Vanden Eykel was the only Texas attorney featured among the nation’s 15 most effective family law attorneys for wealthy, famous clients.

He has been described as the “reigning king” of Texas divorce and the “divorce law jedi” by The Dallas Morning News (2007) and is counted among the Best Lawyers in Dallas by D Magazine (2008-2019).

Ike Vanden Eykel is a Past President of the Dallas Bar Association. He served on the board of directors of the State Bar of Texas and was a commissioner of the Texas Equal Access to Justice Commission.

As CEO and Managing Shareholder of KoonsFuller, P.C., he has grown the firm into one of the nation’s largest that handles exclusively family law cases in five Texas locations.

Ike Vanden Eykel is often a commentator on local television and radio. Recently, he discussed Divorce and the Economy nationally on the Fox Business Network and on Good Day Dallas, the most-watched morning show in Dallas-Fort Worth. He also appears regularly on Good Morning Texas.

He came to prominence during the 1980s as a champion of fathers’ rights. But in 2003, Vogue magazine named him one of the Top Lawyers for Women in Texas.

After he represented a Park Cities housewife, Mr. Vanden Eykel was depicted in the book, My Husband Is Trying to Kill Me, and a television movie, Dead Before Dawn.

He and attorney Sharla Fuller have collaborated on another book, Lone Star Divorce: The NEW Edition. He is co-author of a new edition of the assets book with shareholders, Heather King, Charla H. Bradshaw and Rick Robertson.

Active in civic and community affairs in Dallas, he dedicates much of his time to increasing legal aid to the poor of Dallas, and in 2018, Ike established the KoonsFuller Family Law Foundation that provides grants and charitable funds to local and statewide non-profits.  He and his wife previously served on the board of directors of the Family Compass and the Dallas Bar Foundation.